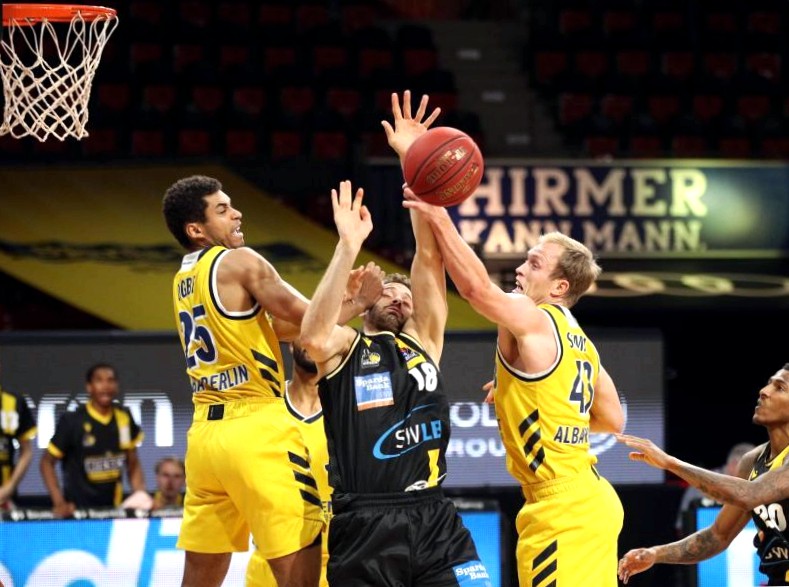 Thanks to a gala performance, alba berlin is on the verge of winning its long-awaited ninth german championship.

In the style of a top favorite, the capital club won the final first leg of the basketball bundesliga tournament against the mhp riesen ludwigsburg with 88:65 (46:29) and has an excellent starting position for the first championship title since 2008. The advance for the second duel on 28. June (15.00 o’clock/magentasport and sport1) is 23 points, the results of both parts are added together. "It went very well for us," said berlin captain niels giffey at magentasport. "We played extremely well for more than 30 minutes and gained a good buffer for the second game."

Cup winner alba dominated in munchen from the start, best scorers were martin hermannsson and rokas giedraitis with 14 each, seven berlin players scored in double figures. Ludwigsburg could not compensate for the absence of the injured top performer marcos knight as the defeater of defending champion fc bayern in his first final participation. The u.S. Pro limped through the audi dome in slippers on his injured fub with a sad look on his face.

"Alba has a lot of quality. We tried to keep the backlog as small as possible. It’s going to be a tough game in the ruckspiel," said ludwigsburg center jonas wohlfarth-bottermann at magentasport. "We’ve played much, much better all season," coach john patrick noted in disappointment. "Alba plays very well. They are very, very strong defensively," nba pro dennis schroder praised berlin’s performance at halftime.

The tension was palpable. When alba set-up man peyton siva conceded his second foul halay through the first quarter, alba general manager marco baldi jumped up in a rage on the almost empty tribune. Both teams began by trying to find their rhythm in the attack. Ludwigsburg missed several easy chances near the basket, alba missed its first four three-point attempts. Only swede marcus eriksson ended the misery with his goal to 12:8. Slowly the alba-offensive vortex got going. While riesen coach patrick readjusted his team in a timeout, knight stared into space, bent over the bench.

Patrick also trusted his 16-year-old son jacob in the finale. The guard calmly sank a distance shot from well behind the three-point line and added another at 16:19. Ludwigsburg could rely on its german youngsters: 18-year-old lukas herzog hit his first three-point shot in the bundesliga.

But alba was unimpressed. With a ruckwarts-dunk, captain niels giffey provided the highlight of the first half. Berlin pulled away with an 11:2 run, extending their lead to 17 points by intermission. Siva scored with the final siren. "We have to be more disciplined defensively," said ludwigsburg’s thomas wimbush at halftime.

But as in the semifinal against oldenburg, alba came out of the dressing room highly concentrated and demoralized the opponent in phases. With strong defense, berlin allowed aubenseiter only 13 points in the third quarter. The ludwigsburg team had fought back in all playoff games — after trailing by 30 points at one point, the giants at least made the result a little more bearable.