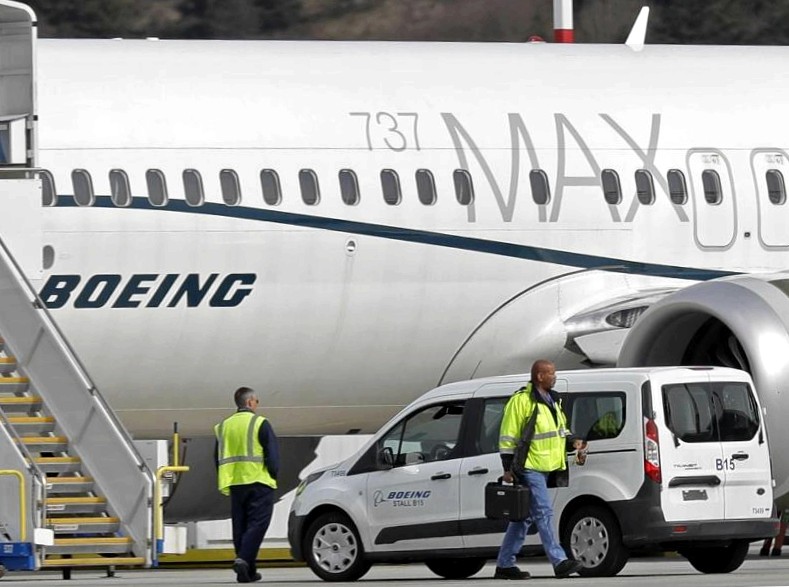 After two crashes and flight bans, u.S. Aviation giant boeing scales back production of its 737 max series. The monthly production rate will be reduced by almost one-fifth from 52 to 42 aircraft starting in mid-april, the company announced.

Following the accidents of two identical 737 max 8 aircraft in indonesia and athiopia, which killed a total of 346 people, the boeing series was grounded worldwide. The aircraft cannot be delivered at this time and cancellations are imminent. Group chief executive dennis muilenburg described the production cut as a temporary m decrease. Because the causes of the accident have not yet been conclusively determined and because of problems with control software, it is currently unclear when the 737-max aircraft will be allowed back into the air by the supervisory authorities.

At last count, there were still around 5,000 orders for the 737 max. By the summer, production was supposed to climb to 57 machines per month. Boeing is in increasing difficulty in explaining the new edition of the successful 737 model: the u.S. Aircraft manufacturer, which is already under massive criticism, has recently identified another software problem. Boeing insists that it is not a serious matter. But trust in the company is already severely damaged. A quick solution at least does not seem to be in sight.

In the midst of reading the first report of the investigation into the crash in athiopia, boeing burst with the news that it had found a new software problem. This was discovered during the revision of the controversial mcas control program, but was not directly related to it, boeing announced on friday night. Earlier, the "washington post" reported that the u.S. Aviation authority faa had objected to the new problem. As long as it is not solved, the 737-max flight ban will not be lifted.

The newspaper wrote, citing two sources familiar with the faa investigation, that the problem is considered critical to flight safety. Boeing, on the other hand, called it a "relatively minor issue" that will be addressed together with the mcas update. "We already have a solution in the works," the company’s statement read. In the "coming weeks" the update would be ready to be submitted to the faa for certification. Boeing took a "comprehensive, disciplined approach to getting it right".

Shortly before, ceo dennis muilenburg had more clearly than ever admitted problems with the mcas control software. According to the preliminary investigation report on the crash in athiopia, it seems as if the program was switched on unnecessarily by false sensor data, muilenburg announced on thursday. This is the first time that the theory that a software error steered the machine toward the ground has been quasi-suppressed by the highest level in the group.