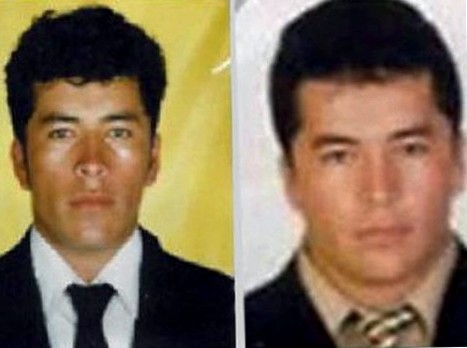 The navy said on tuesday that it had been established through fingerprints and photographs that "el lazca" was one of two men who died on sunday in a racket with marines in the state of coahuila. The body, however, was stolen from a funeral home shortly after the identification by an armed and masked commando, confirmed the district attorney of coahuila, homero ramos.

Lazcano was one of the most wanted criminals in the country. The long-sought boss and co-founder of the zeta cartel had a total bounty of 7.3 million dollars placed on his head by the attorney general’s office in mexico and the u.S.A. Lazcano had already been declared dead in 2007 after a skirmish with security forces, but this was not confirmed.

The navy said on sunday that it had received a tip-off from burgers that there were armed men in the town of progreso in northern mexico. A patrol was shot at while checking information, one marine was injured.

The los zetas are not only active in drug trafficking, they also extort migrants on their way to the u.S. They also demand protection money from casinos, restaurants, hotels and night bars. In the meantime, the gang has extended its influence over the entire east of mexico to guatemala and other countries in central america. According to mexican intelligence, a power struggle has been raging in the leadership of los zetas for several months now.