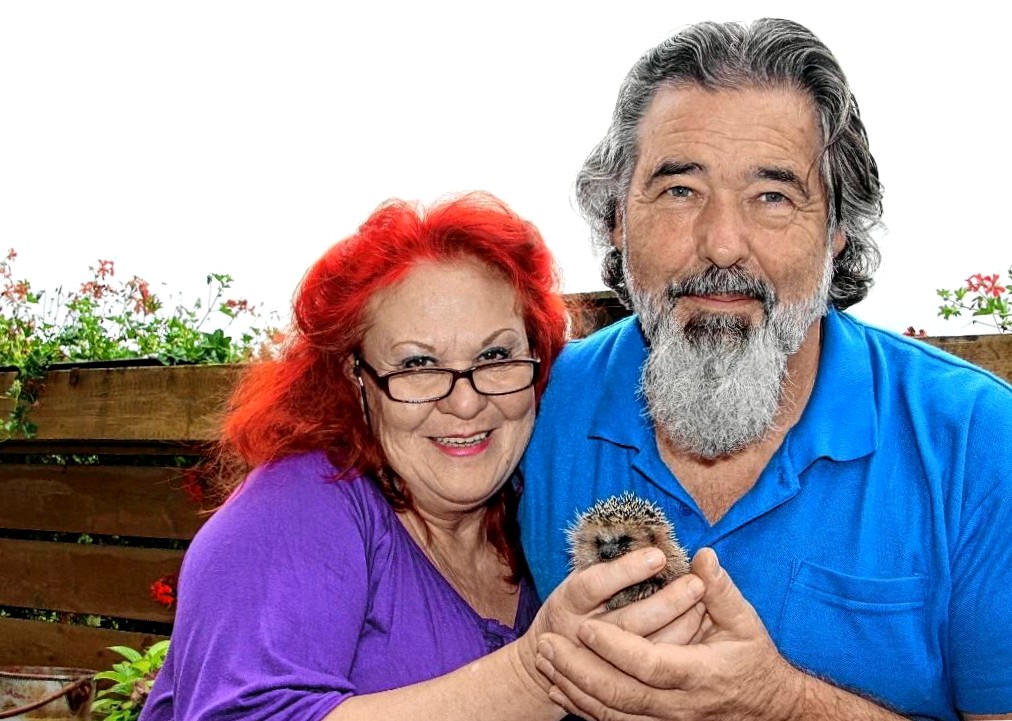 Fresh water and a little cat food had saved him. But now it is too late. Gudrun martin sticks to her lips. She shakes her head. «he»s dead,» she says, as disappointed as the man who just brought her the little hedgehog. He found him lying on the edge of a ditch about an hour ago. «i thought maybe he»d make it if i drove him here,» the man mumbles. He sees for himself how undernourished the spiny hedgehog is. The little one has obviously hardly eaten anything over a long period of time. «because there is nothing!» says gudrun martin. «the drought combined with a glaring decrease in insects, carps, worms and snails is devastating for hedgehogs.»

48 hedgehogs have already been brought to her and her husband»s sanctuary in gerbrunn near wurzburg as emergency cases this year. «41 of them simply starved to death.» martin shakes his head sadly. «this is more than alarming, this is terrible. In the 29 years that we have been running the sanctuary, we have never had to experience anything like this.»

"We are really scared"

And every day more sick, often doomed animals arrive, some already infested with maggots and covered with fly eggs. In these cases, even the most intensive efforts can no longer change anything, but one can only relieve the hedgehogs of their suffering and put them to sleep in the veterinary clinic. "In normal years, we were always able to save 75 to 80 percent of the animals that were brought to us," reports gudrun martin. Then came the dry year of 2018 — and with it a mortality rate of almost 50 percent. "Already last year, hedgehogs often found neither water nor insects. Just under half of the emergency traps were so weak that we couldn’t get them through." and now the summer of 2019 threatens to be even more terrible — numerous calls every day and the rough number of sick animals handed in foreshadow that. "We are really scared," says gudrun martin. Because now, in the middle of july, the hedgehogs start to set. "When the females get their young, a good food supply is even more vital. If the animals don’t find anything to eat, they leave their brood in search of food. And then they die."

Some baby hedgehogs are found by people and brought to a rescue center, where people like the martins feed them with a pipette day and night, massage their bellies and cuddly muscles so that they learn to defecate, and nurture and care for them. Gudrun and herbert martin have been doing this for three decades with a lot of commitment and love, but this year they are dreading a particularly difficult time: "how are we going to manage when more and more orphans are coming?? There are only two of us."In addition, gudrun martin has only recently undergone a serious operation and is not yet really fit.

But if you want to save baby hedgehogs, you have to feed them every two hours and take care of them. "We really, really need kind people to help us raise the babies," says herbert martin. "We naturally took volunteers by the hand, provided them with everything they needed, and we were also always available as contact persons."Ideal would be people who have time, pensioners for example, and who are willing to take on the responsibility for the young life for a while. The martins are convinced that this is not only a humane but also a biologically sensible thing to do. "The hedgehog population is declining rapidly," says the couple. This can be seen from the statistics of the rescue center alone. In 2014, the martins cared for 332 found animals. The following year there were 298. From 2016 to 2018, the number fell steadily: from 275 to 248 to 207.

With the hedgehog, one of our oldest mammals, which used to be considered an endangered species, is now on the list of animals threatened with extinction in bavaria. "Not only we in the sanctuary can help, but actually everyone who has a plot of land," emphasizes gudrun martin. If you build a natural compost heap, as you did in the past — "not a plastic thing that worms can’t get into" — you ensure that the spiny hedgehog finds protein-rich animal food such as snails, worms and insects. "And anyone who creates a pile of rice dough somewhere where it is not stagnant and simply leaves it lying around gives the hedgehog shelter or even the opportunity to build a nest."In the past, all experts, including martins, advised not to feed hedgehogs in the summer. "Now we say the opposite: people, please put a bowl of tap water in the garden for your hedgehogs every day and feed them, for example, with wet cat food, even in summer. Because they often simply don’t find enough to eat."

With their excellent sense of smell, hedgehogs find provided food in no time at all. If you want to do something special for your hedgehogs in the garden, you can give them some dry hedgehog food, consisting of dried mealworms and the like, in their bowls. "Hedgehogs need animal protein to survive. But it doesn’t have to be the most expensive food, cheap food is enough."Anyone who sees a hedgehog sitting or even lying somewhere for a long time during the day can be almost certain that the nocturnal animal is malnourished. Then fast action is announced. Gudrun martin appeals to everyone: "don’t let the animal starve to death!" fresh water and a little cat food are often enough for him.

The station’s origins: a fundigel was the deciding factor: gudrun and herbert martin laid the foundation stone for their hedgehog station in gerbrunn in 1990, which they continued to expand. The couple works on a voluntary basis, all costs for food, material for building enclosures, feeding and sleeping houses as well as hay and much more are borne by the operators.

Help: the wurzburg animal shelter provides medication and covers the costs of veterinary treatment. The animal shelter kitzingen also helps with small financial donations. Both gudrun and herbert martin are approaching 70. From the small pension you will receive, you will finance your private sanctuary. "Without additional donations, we could no longer keep the station running," say the martins. They thank everyone who supports the hedgehog rescue with active help or financially: