Extra money to make it cheaper? 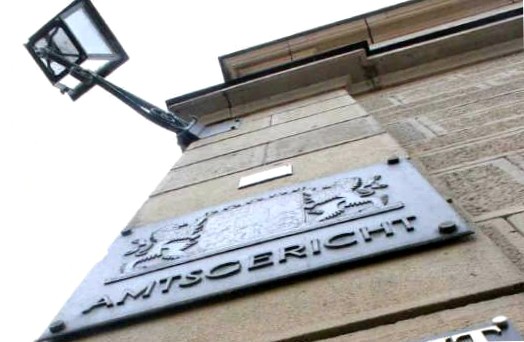 When disputes between employer and employee get out of hand, they often end up before the labor court. Sometimes, however — if there is a suspicion of a criminal offense — even the district court has to deal with the matter. In the youngest trial at habfurt district court, a company had charged its former employee with fraud.

The accusation: the defendant allegedly collected extra money from customers bypassing the employer. There is no way to prove it. Therefore, judge roland wiltschka closed the case with the condition that the defendant pay 500 euros to the state treasury.

A 50-year-old man who worked as a driver for a waste disposal company until may of last year was in the dock. His task: he had to pick up cake, food or slaughterhouse waste from commercial customers such as restaurants, hotels or butchers with the company truck. The company located in the main valley then processes the organic waste and delivers it to a biogas plant, where it is used to generate energy.

Drivers estimate the weight
as the defendant and ex-employee testified, the drivers were given a weekly work schedule. This plan, drawn up by a dispatcher, determined when which customer was to be approached.
The fleet manager, who was questioned as a witness, explained the system. Accordingly, the disposal costs were calculated for some of the customers according to the number of containers picked up, but for others, such as various butchers, according to weight. The crux of the matter: how heavy the respective biowaste was had to be estimated by the respective driver.

And in the process, according to the prosecution, there was allegedly cheating. In consultation with various butcher stores, for example, the defendant wrote down a lower weight of waste than he actually took with him. In this way, the customers had saved a part of the expensive disposal money and showed their gratitude to the accused. Namely with cash on the hand and bread times, suspected the senior employee of the company. As he explained, the defendant had even used his "extra income" to make money from other employees bragged and incited them to similar acts.

Customer exchange
in order to verify this, several drivers were questioned who were on duty at the same time as the 50-year-old. It turned out that the "men on the front line" had been had not taken the paper of the head of operations too seriously. When they thought it would be easier, they would swap customers among themselves without consulting their supervisors. Whether the estimated weight was correctly reported to the employer cannot be determined.

The defense attorney, kerstin rieger, therefore suggested that the proceedings be discontinued. This proposal refused neither the presiding judge nor prosecutor alexander baum. But the latter insisted on a cash deposit. At first, the defendant, who claimed to be innocent, didn’t see it at all. Only when the judge and his defense counsel made it clear to him that he would have to pay the immense costs of the proceedings if he received the lowest sentence, did he relent.