Finance minister: cyprus’ euro exit would be a centuries-long setback 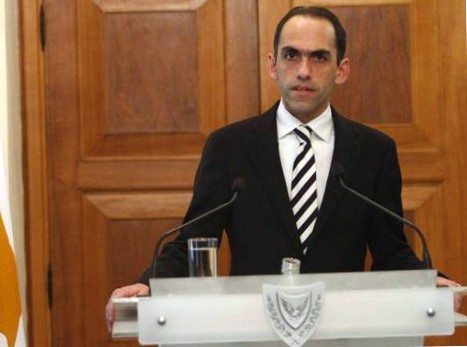 The island republic has no other choice, the prosperity of the country would fall back "by centuries" in the case of an exit from the euro zone, said georgiades on monday in the cypriot parliament.

The situation is "difficult". The head of the state finance department in the ministry of finance, rea georgiou, was even more explicit: the island needs 80 million euros by the end of the month. Otherwise, cyprus will not be able to pay its civil servants, she told the finance committee of the cypriot parliament.

Defense minister fotis fotiou tried to calm the burghers. "We will do everything we can to ensure that this does not happen (no payment of state employees’ wages)," he said on state television (rik). The council of ministers is already looking for solutions at home and abroad, it said. The defense minister did not give details.

Cyprus plans to raise around 5.8 billion euros itself to bail out its banks with an unprecedented compulsory levy on bank deposits. The second coarse bank, laiki bank, is broken up. The final decision on the amount of the levy on deposits of over 100,000 euros with the largest bank, the bank of cyprus, is eagerly awaited.

The healthy shrinking of the banking system is a prerequisite for further assistance from the lenders of the eu, the international monetary fund (imf) and the european central bank (ecb) in the amount of ten billion euros.