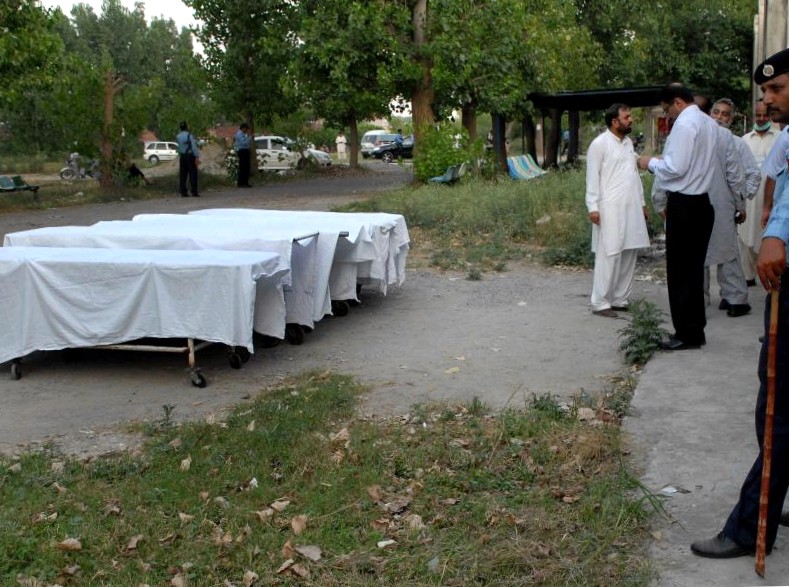 Expeditions to other mountains could continue, however, gilgit district chief administrative officer shahbaz tahir nadeem said monday. "We used military to secure the region." more than 300 foreign climbers continued to climb other mountains like k2 in the area. Of these, he said, about ten to 15 percent were german.

Extremists attacked the base camp on nanga parbat on sunday night and murdered at least ten foreign climbers and a pakistani helper. Interior ministry spokesman umer hameed khan corrected police claims about the victims’ nationalities on monday. They were three ukrainians, two chinese, one american of chinese origin, two slovaks, one lithuanian and one nepalese, he said. Police have arrested 20 suspects and expect to make more arrests. "The manhunt for the attackers is underway"."

Other foreign climbers who had already begun the ascent of nanga parbat had been ordered to abandon it. A police spokesman said at least 45 alpinists were flown in an army plane from gilgit to the capital islamabad. Most of them had been european.

The murdered alpinists belonged to three different expeditions that wanted to climb the ninth highest mountain in the world. The pakistani taliban (ttp) claimed responsibility for the attack. They spoke of a revenge action for the killing of their vice chief wali ur rehman, who was killed in a u.S. Drone attack in the pakistani border region to afghanistan at the end of may.