Soder wipes away the crises 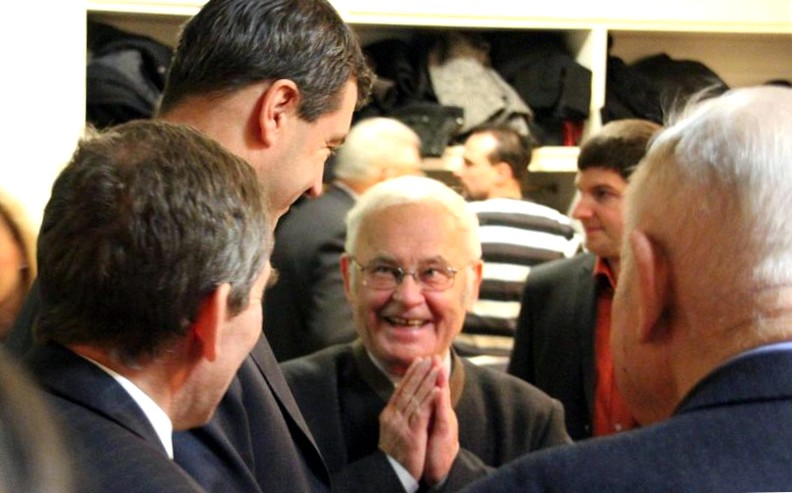 The event of the junior economists in the rooms of the pipe works had a slight hint of election campaigning, but a minister is a minister, and so the local political leaders of the district almost unanimously joined hands. Whereby, from a purely physical point of view, the konigsberg free-burgermeister erich stubenrauch alone could hold a candle to the csu-grobe with the gardemab, or rather the weibbier. All the others looked up more or less reverently to the powerful lord of the bavarian state billions.

The year of opportunities

it came on top of that and reacted, without a coat, less because of the cold slightly huffy. The reception was, as they say in good french, a bit stockinged, but soder asked the first journalist who came along, and so he unerringly found his lectern.
Here, with a few harmless jibes at the political competition, he wiped the slate clean of crisis talk and drew up a picture of the year of opportunities that bavaria had started: debt reduction instead of state bankruptcy, an education and energy offensive, a new beginning wherever you look in the free state: that sounded, in purely physical terms, a bit patronizing, but it went down well.