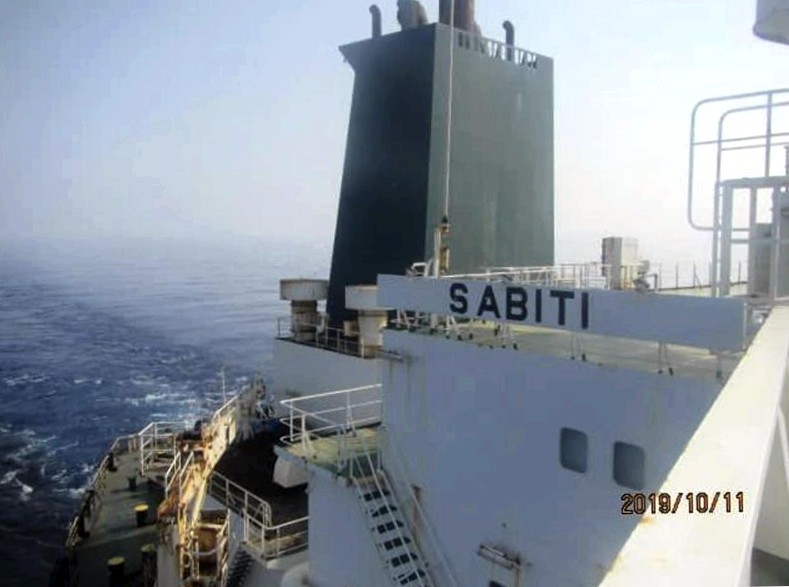 An iranian tanker has been hit by two missiles in the red sea off saudi arabia, according to reports from tehran.

There were explosions on board the ship early friday morning 60 nautical miles (about 110 kilometers) from the saudi port city of jeddah, the iranian oil ministry said. However, no one was injured, all crew members are well, the ministry said, according to the state news agency irna.

The damage was minor and the crew had regained control of the ship, it added. According to the report, although two storage rooms on the ship were damaged, no oil leaked into the sea. However, experts are still investigating the cause of the explosion. No further details of the alleged missile attack were released by the oil ministry. The saudi government also did not comment on the incident.

Iran’s state broadcaster irib released images of the ship, but no damage was seen. According to the oil tanker department of the oil ministry nitc, the tanker will change course and leave the red sea. According to the nitc, the ship and crew received no assistance after the explosions and repaired the damage on their own.

It was initially unclear which ship was involved. Irna called the oil tanker "sabiti" in the report. According to the internet portal "marine traffic", which specializes in shipping traffic, the "sabiti" was last in the iranian port of bandar abbas.

The ship had not reported any current locations since mid august and the system for doing so had apparently been turned off. On friday morning, according to marine traffic, a signal suddenly appeared indicating that the ship was heading southwest in the red sea.

In addition, there were speculations as to whether the oil tanker "sinopa", sailing under the iranian flag, could be involved. According to marine traffic, it was last seen sailing northwest in the red sea off the coast of jidda. At the time of the oil ministry’s announcement, the "sinopa" had also not sent a current location for about ten hours.

Iran’s auben ministry strongly condemned the attack on the oil tanker, but did not say who could be responsible. "This was a very dangerous adventure … We are currently investigating the details of the attack and will announce the results as soon as possible," said aub office spokesman abbas mussawi, according to the isna news agency.

The red sea, which separates saudi arabia from agypt, sudan and the horn of africa, is a major shipping route. In the north, the suez canal flows into the sea, which is bordered by bab al-mandab in the south. This strait, like the strait of hormus, is an important strategic needle-ear for international maritime trade and the transport of oil from the persian gulf through the arabian and red seas into the mediterranean sea.

A dispute has been simmering for months between iran and several western countries, first and foremost with the usa, which is also being fought out in international shipping lanes. Several incidents occurred, mainly in the strait of hormuz, which lies between the persian gulf and the gulf of oman.

It is one of the world’s most important shipping routes. Almost one-third of global oil exports are shipped through the strait. The u.S. Blamed iran for various attacks on merchant ships in the sea area. Iran vehemently denies it.