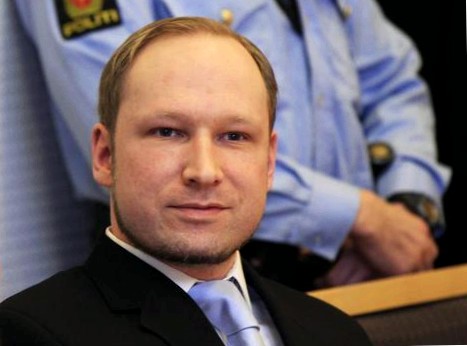 On 22. July 2011, he is alleged to have detonated a bomb in the oslo government district and then deliberately shot young people at a vacation camp on the island of utoya. 77 people died, hundreds were injured.

The perpetrator wanted to spread fear among the population, so both crimes should be considered acts of terrorism, said prosecutors inga bejer engh and svein holden. "The defendant has committed a very serious crime in an unprecedented scale in our country today," the indictment reads. The lawyers want to demand the maximum sentence of 21 years imprisonment. The main hearing is scheduled for 16. Start april.

The published indictment names all 77 fatalities and 40 other people who were seriously injured in the attack with a homemade 950-kilo bomb or by gunshots. To name all 600 to 800 victims of the crime could have caused a "very long process" — that’s why it was decided not to do so, explained the lawyers.

According to his lawyers, breivik, who had confessed to his crime, reacted calmly when the indictment was read to him. At hearings in february, breivik had pleaded not guilty to murder. He stated that he had acted out of self-defense and had wanted to punish the government for its immigration policy.

A first psychiatric report had declared breivik to be insane. According to the will of the oslo judges, the mental state of the assassin is now to be examined a second time.

Breivik’s lawyer, geir lippestad, said breivik was "very disappointed" about the possibility of being declared insane. "He wants to be sentenced to imprisonment because he considers himself responsible."